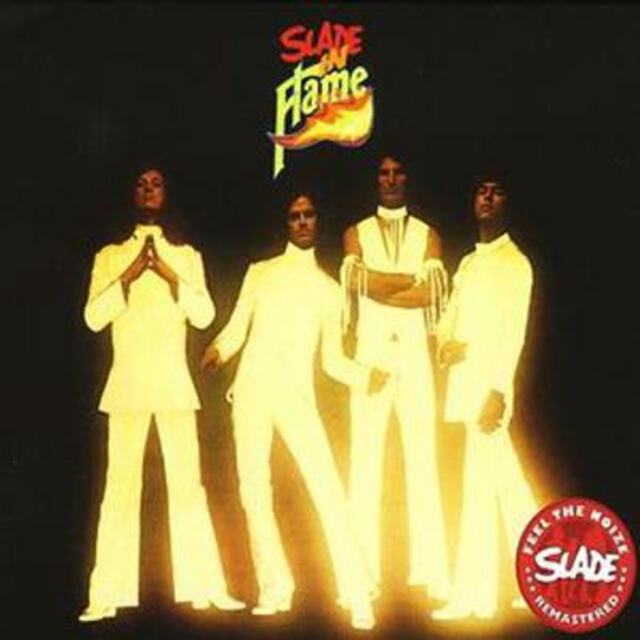 Far Far Away / How Does It Feel?

Slade were stylistically lumped in with the UK ’glam’ movement, but they were streets ahead of some of the producer-led fodder like The Sweet. These two singles came out as their peak popularity was waning, but this is a pair of fine tracks from the surprisingly good Slade in Flame film.

Glam was more of a fashion thing than a music style - it included producer-led pop hit machines like The Sweet or Gary Glitter (who never got to play on most of their records), but also included more creative artists such as Bowie and Roxy Music. For a period, Slade were the most successful of all, with a string of hits mainly penned by bassist Jim Lea, with singer Noddy Holder providing lyrical input.

Slade produced hit after hit in the early 70s, and as the mid-decade period approached they looked for other outlets, and took on a movie project. This became Slade in Flame, a pretty gritty story of the formation of Flame, a fictional band played by the four members of Slade. In the movie, Flame were to hit the big time quickly, only to be hit by violence, and off-stage legal and financial battles, eventually leading them to split. It’s a hard-hitting look at the less glamorous side of the music biz.

By the time it came out, the band’s popularity was waning, but two of the songs from this movie are among the band’s finest work. A common theme to their material had become life on the road - singing about things they got up to, or the loved ones left at home. Far Far Away talks about the great places visited on tour while concluding that the “call of home is loud”.

How Does It Feel? was a musical change of direction. Led by Lea’s piano, the song features brass and even flute. But I think it’s the vocal melody and performance that makes it sound so great.