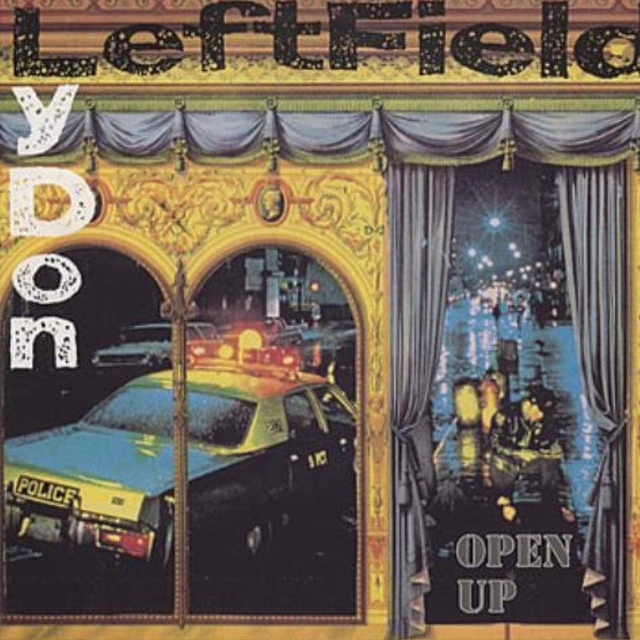 Although it was clearly John Lydon’s time (as Johnny Rotten) in the Sex Pistols that made him famous, his career as Public Image Ltd would ultimately provide a more enduring body of work.

Lydon also had successful collaborations during this time, and it’s 1993’s Open Up, with Leftfield, that I want to look at here.

During his time with Public Image Ltd, Lydon had a collab with Afrika Bambaataa’s electro project Time Zone. World Destruction (1984) had a “rock/rap” crossover sound that Run DMC would take to massive success.

But PiL were winding down in the early 90s, after popularity (and, let’s face it, quality of output) declined following much deserved success in the late 70s and the 80s. Lydon was gearing up for some reunion shows with the original Pistols line-up, but during that post-PiL, pre-Pistols, gap he produced one of his finest works.

Combining a perfect 90s dance beat and synths from Leftfield, with one of Lydon’s finest vocal performances, the result was Open Up, which still sounds amazing.

Open Up remains a highlight of Lydon’s shows to this day, as he performs again as Public Image Ltd.