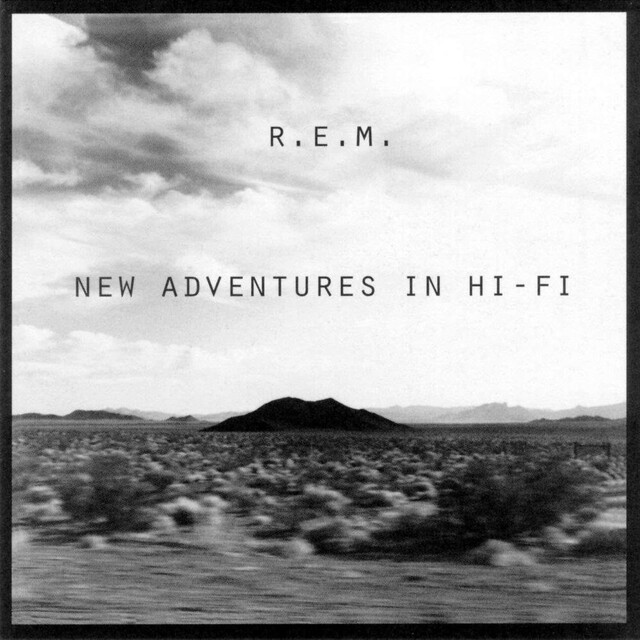 This is the song that actually triggered the idea of doing a songs blog. I declared on ^link(twitter) that this is a song that I felt I could never truly tire of, and that inspired the idea of a “Songs I’ll Never Tire Of” blog. The crap blog name held me back from actually starting something, but eventually I got around to it, renamed it, and here we are.

This tune was released after R.E.M.’s popularity peak, but to me it still stands out as the highlight track from a pretty-decent catalogue.

From the start of their career in the early 80s up to sixth album Green in 1988, R.E.M. showed a steady growth artistically, and in popularity.

1991’s Out Of Time record took them to worldwide stardom, based mainly on the single Losing My Religion, while 1992’s Automatic For The People was a considerably stronger and more consistent record, I’d say.

Next up was the mixed bag “Monster”, which was promoted by a world tour, unlike its two predecessors. Songs for what would become the tenth album “New Adventures in Hi-Fi” were previewed on this tour, and some of the recording took place on the road.

E-Bow The Letter is one of those tracks that record companies tend not to want to put out as a single, for fear of not getting airplay. But R.E.M. were big enough by now that they could put out anything and get it played, so putting out their best track, even if it’s not your usual “single” material, made sense.

The title is in two parts. The EBow (spelled as E-Bow by the band) is a hand-held device to stimulate the strings of a guitar. It gives you “infinite sustain” - you still use the fretboard to determine what note you play, but the EBow applies an electromagnetic force to the string to keep it ringing for as long as you hold it close to the string. It’s used on this record, obviously, and you can see Peter Buck playing it in the official video.

The second part of the title, “The Letter”, refers to a fictional letter from Michael Stipe to actor River Phoenix, who died a few years before.

The single and LP recording features Patti Smith performing a vocal part in the chorus. In live shows, that part would also be sung by others, including Radiohead’s Thom Yorke.

A side-effect of my love for this record is that it is literally impossible for me to hear mention of Maria Callas without responding “whoever she is?”. It’s a small price to pay for a song this great.