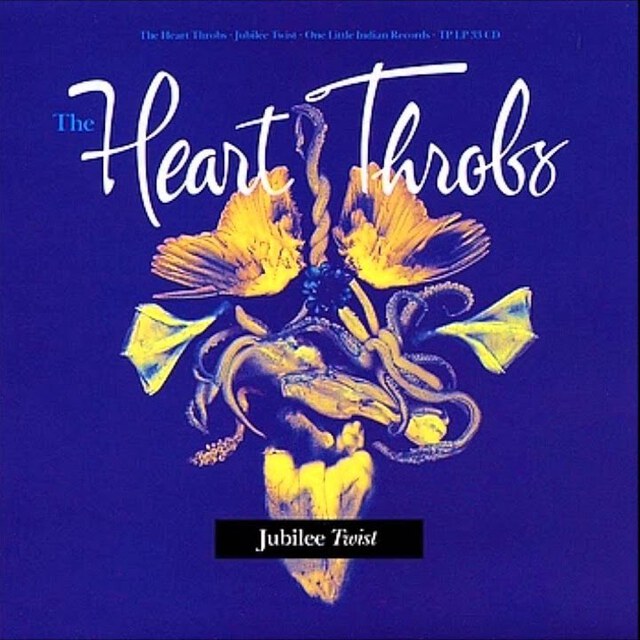 This is my most-played tune since I moved all my music into iTunes (now Apple Music) about 15 years ago - yet the version I play was never released.

The Heart Throbs nearly hit the big time, but in the ended faded away, sadly. One of my all-time favourite acts, I’d seen them play more times than I’ve seen any band except Throwing Muses. This song, in two versions, bookends their second album Jubilee Twist.

Their first album Cleopatra Grip was a massive critical hit and was high in the Indie charts for quite some time. They were the darlings of the music press (Melody Maker, at least) for a while, but the popularity faded. Not with me, but in general.

The follow-up, Jubilee Twist featured relatively popular singles like Hooligan and Bright Green Day, but just like their first LP, the best track to me was the non-single opener. On Cleopatra Grip, that opener was Tossed Away. For the second album, it’s this featured track, Tiny Feet. The record also closes with a an Angelfish side-project, which fades in where the opener fades out, carries it on a bit and stops.

The track that is top of my personal play-list is an edit I made myself cross-fading the two together into one. It seems reasonable to assume to assume the song was recorded as a single piece. I tried contacting the band to get permission to upload the edit, not had a response yet.

It’s a fairly simple melody, but it has quite a groove, and the thing that really caps it is the production/mix. As you get to the end (especially with the reprise section edited in) more and more is thrown at it in terms of vocal and guitar dubs, yet the mix is so pure and clean all the way through. Every new bit they add can be heard along with what was there before. It’s a masterpiece of mixing.

As an aside, the band announced in advance of a London show (The Garage, if I recall correctly) that it was to be their last ever. The sadness was tempered a little by how much I enjoyed the support band - a very early-career Sleeper.